If you're going to spend time in Japan, it might be a good idea to learn about our culture. 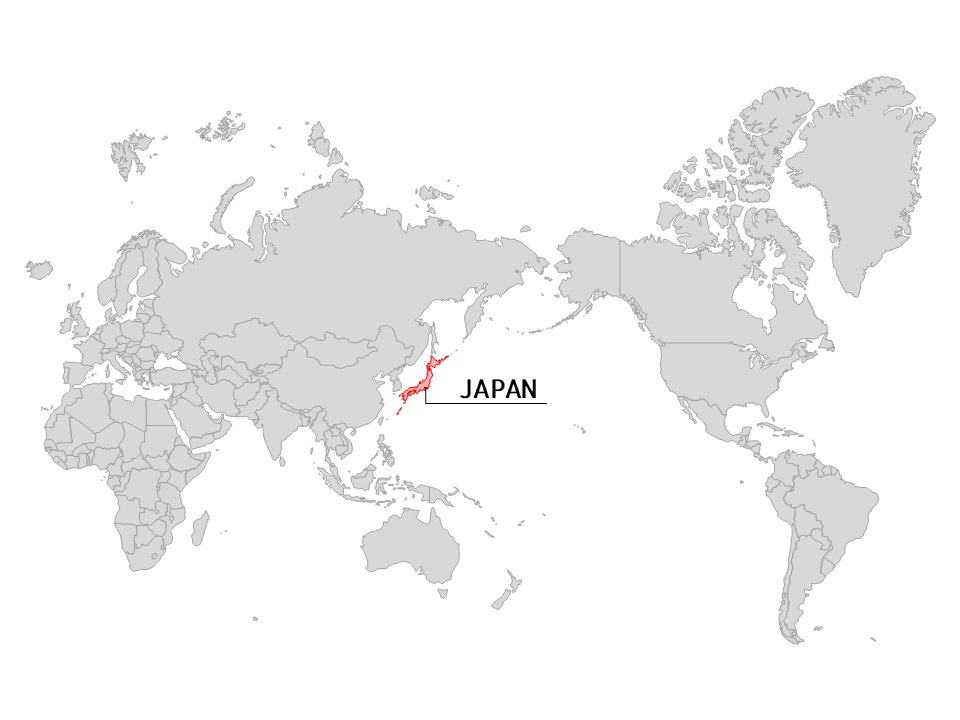 Japan is an island nation located in the east of the Eurasian continent. It is made up of 6,852 islands (5 mainland islands and 6,847 outlying islands) and its territorial waters stretch for about 2,800 km from north to south. Japan's topography is rugged, with about 70% of the country covered by mountains.
Fuji, Japan's highest mountain, as well as many active and dormant volcanoes (as a result, Japan experiences about 1,000 earthquakes per year, most of which are minor).
The population of Japan is about 126 million, of which about 14 million are concentrated in the capital, Tokyo, making it the fourth most densely populated city in the world.

Spring is a wonderful, refreshing season with many flowers in bloom. Spring is also the season of cherry blossoms, which are popular among tourists. Since Japan is a long country from north to south, there are temperature differences, so cherry blossoms do not bloom at the same time, but start blooming from the south of Japan where it is warmer. Cherry blossoms begin to bloom in the south of Japan from Kyushu in mid-March, and in Hokkaido in the north, they bloom in late April. (In Yokosuka, they bloom around the end of March.
Japanese people look forward to the blooming of the beautiful cherry blossoms every year, and during the cherry blossom season, the forecast of the blooming cherry blossoms is reported along with the daily weather forecast. There are many parks in Yokosuka where rape of flower blossoms, wisteria, irises, and other flowers bloom. In June, hydrangeas are in full bloom during the rainy season in June. Many temples in Kamakura, are famous for hydrangeas. You should try to go there because you are in Yokosuka.

After the rainy season, the sun is shining and summer is coming. Summer in Japan is hot and very humid. It is especially hot in urban areas, and many Japanese suffer from heat stroke. Air conditioners are necessities in summer. Since it is so hot, you may want to go to the cooler northern island of Hokkaido, or to a summer resort in a high altitude mountain or plateau. School vacations in Japan are short. It is from mid-July to August, and many families go out during this period. Summer is also the season for many fireworks displays and OMATSURI (festival). Japanese festivals feature people wearing traditional costumes such as yukata, carrying portable shrines, BON dancing, bonfires, and drum performances. Although festivals themselves are held throughout the year, they are said to have different purposes depending on the season. Summer is the season of OBON, it is time of year when the souls of ancestors come back to visit, so fireworks are set off to repose the souls of the dead, or to ward off the spread of disease. Festivals are a tradition filled with the prayers of many people, but they have also played a role in strengthening the bonds of local communities from ancient times. Many Japanese people enjoy them casually, so if you see OMATSURI, please feel free to join in.

As the heat of summer gradually lets up, many people gather at mountains and temples famous for their autumn leaves. You can enjoy not only autumn leaves but also ginkgo trees and cosmos. Autumn is also the time when many farm produce are harvested, and seasonal foods such as rice, sweet potatoes, chestnuts, and grapes are delicious. At some farms, you can experience harvesting crops. Please try to join picking fruits and vegetables.

Winter in Japan is dry, there are more sunny days than in other seasons.
It is a good idea to moisten your throat to avoid catching a cold because it is very dry.
It snows fall in high altitude areas such as Hokkaido and Tohoku, but because it is very dry Yokosuka moisture-rich snow falls only once or twice a year, since mild climate.
Therefore, people in Yokosuka are not accustomed to snow, and when it snows roads may become congested, trains may stop, transportation may be paralyzed. Please be careful when going out on winter days.
Winter is also the season you can see the beautiful snow-covered Mt. You well can not miss it when you are in Japan.

A port town with rich nature on the Miura Peninsula

Yokosuka is a port city on the Miura Peninsula, located south of Tokyo, the capital of Japan.
Yokosuka has a population of about 390,000, making it the 54th most populous city in Japan out of 815 cities and wards, and a relatively large population.
It is a land rich in nature, with 70% of the city consisting of mountains and surrounded by the sea on the east and west.
The climate is relatively mild, with hot summers and not much snow in winter.

Yokosuka is an important city in history as the gateway to the sea in Japan, and is full of rich history.
Japan, which had been closed to the outside world since 1612 during the Edo period (1603-1868), opened its doors to the outside world in 1853 with the arrival of the American fleet led by Commodore Matthew Perry. Commodore Matthew Perry arrived just off the coast of Uraga in Yokosuka City, and landed at Kurihama. In commemoration of his landing, there is a memorial hall in Kurihama.

At the end of the Edo period, Yokosuka, near the capital, was chosen as the site for a modern naval base.
The French engineer François-Léonce Verney built the modern arsenal, the Yokosuka Ironworks, and other shipbuilding facilities.
There is Verney Park near the current U.S. Naval Base Yokosuka in honor of his achievements.
In spring, the roses are beautiful, so be sure to check it out. 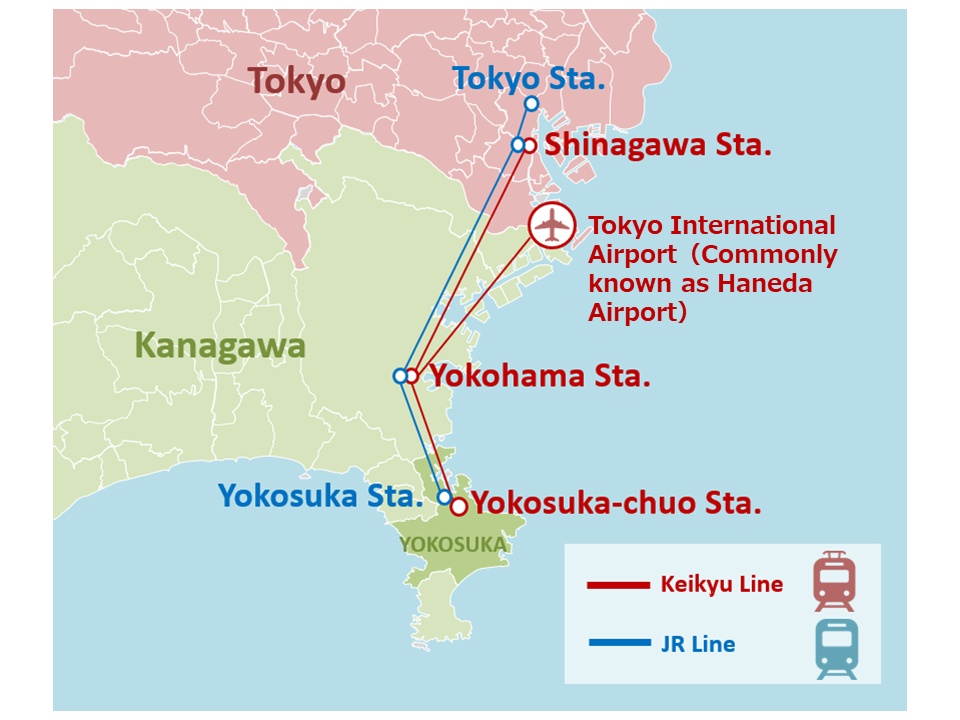 use of public
transportation

Culture and Nature of Yokosuka 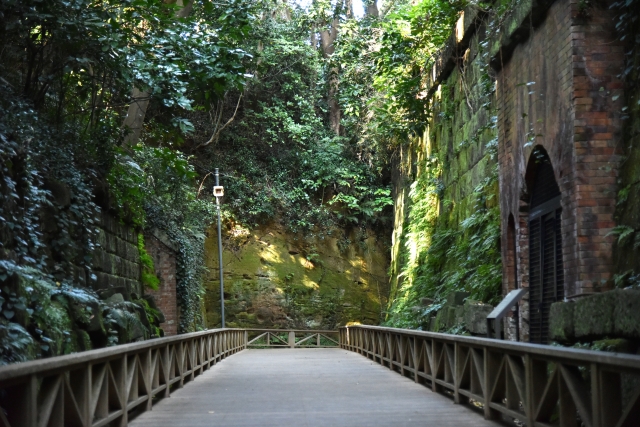 Sarushima is the only natural island in Tokyo Bay. It has a long history, and pottery from the Jomon period has been excavated here. Due to its location, it was used as a fortress by the former army and navy. After the war, civilians were restricted from entering the island, leaving behind an abundance of nature and the remains of military facilities. You can also enjoy activities such as swimming, barbecuing, and fishing. However, an entrance fee is required to enter. The admission fee is used to prune trees and protect historical sites. 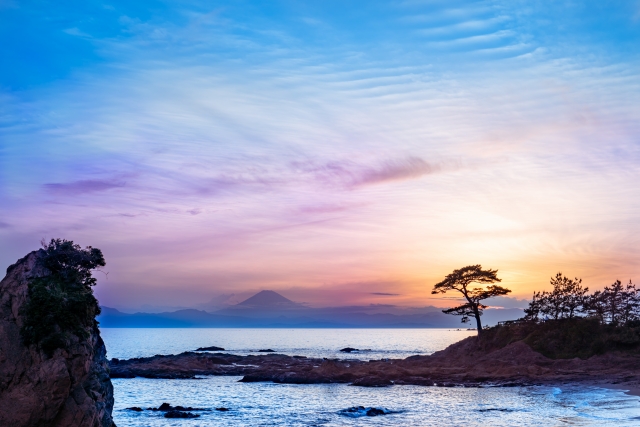 On the west side of Yokosuka, there is a beautiful beach depicted in Utagawa Hiroshige's ukiyoe "Soshu Miura Akiya no Sato". Its name is Tateishi Beach. Tateishi is the name of a 12-meter tall boulder protruding from the edge of the waves. This place has been known as a scenic spot since ancient times and has attracted many artists. If the weather is good, you can see an artistic view of Mt. Fuji, standing stones, and pine trees combined, as shown in the photo. The sea at sunset is also beautiful. Please visit. 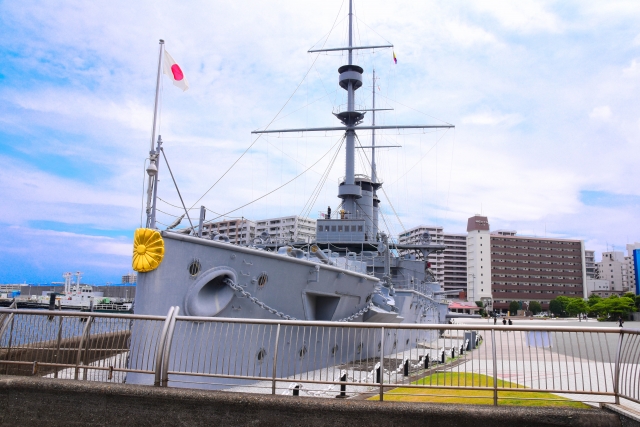 The Mikasa is one of the three largest memorial ships in the world. It was built at the Vickers shipyard in England and commissioned in 1902.
As the flagship during the Russo-Japanese War, she defeated the Russian Baltic Fleet and protected Japan's independence. She was later preserved as a memorial ship under the Washington Disarmament Treaty.
Today, the interior of the Mikasa is a museum filled with exhibits on the history of the ship.
If you happen to come to Yokosuka, please take a look at the guide to the ship. 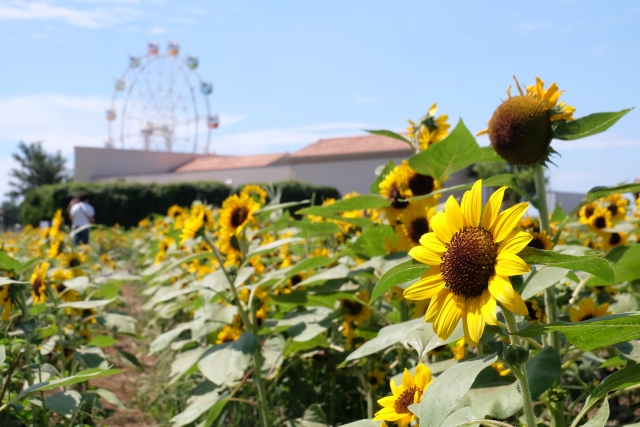 oreiyu no Oka is a large park spreading out on a cape overlooking Sagami Bay, Mt. Rape blossoms bloom in the spring and cosmos in the fall There are fields in the spacious park, where you can enjoy harvesting Japanese vegetables throughout the four seasons.
There is also an area where you can interact with animals such as capybaras and kangaroos.
This is a facility that the whole family can enjoy. If you are interested in visiting, please do so. 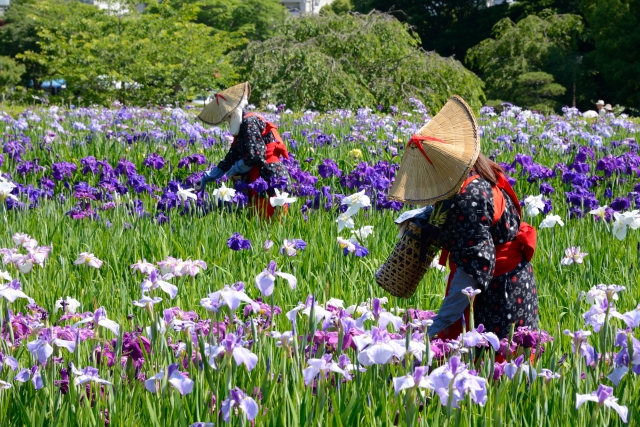 A beautiful garden with 140,000 irises blooming from May to June every year. In addition to the irises, there is a rhododendron garden, a rose garden, and a water lily pond. You can admire a variety of flowers throughout the year. 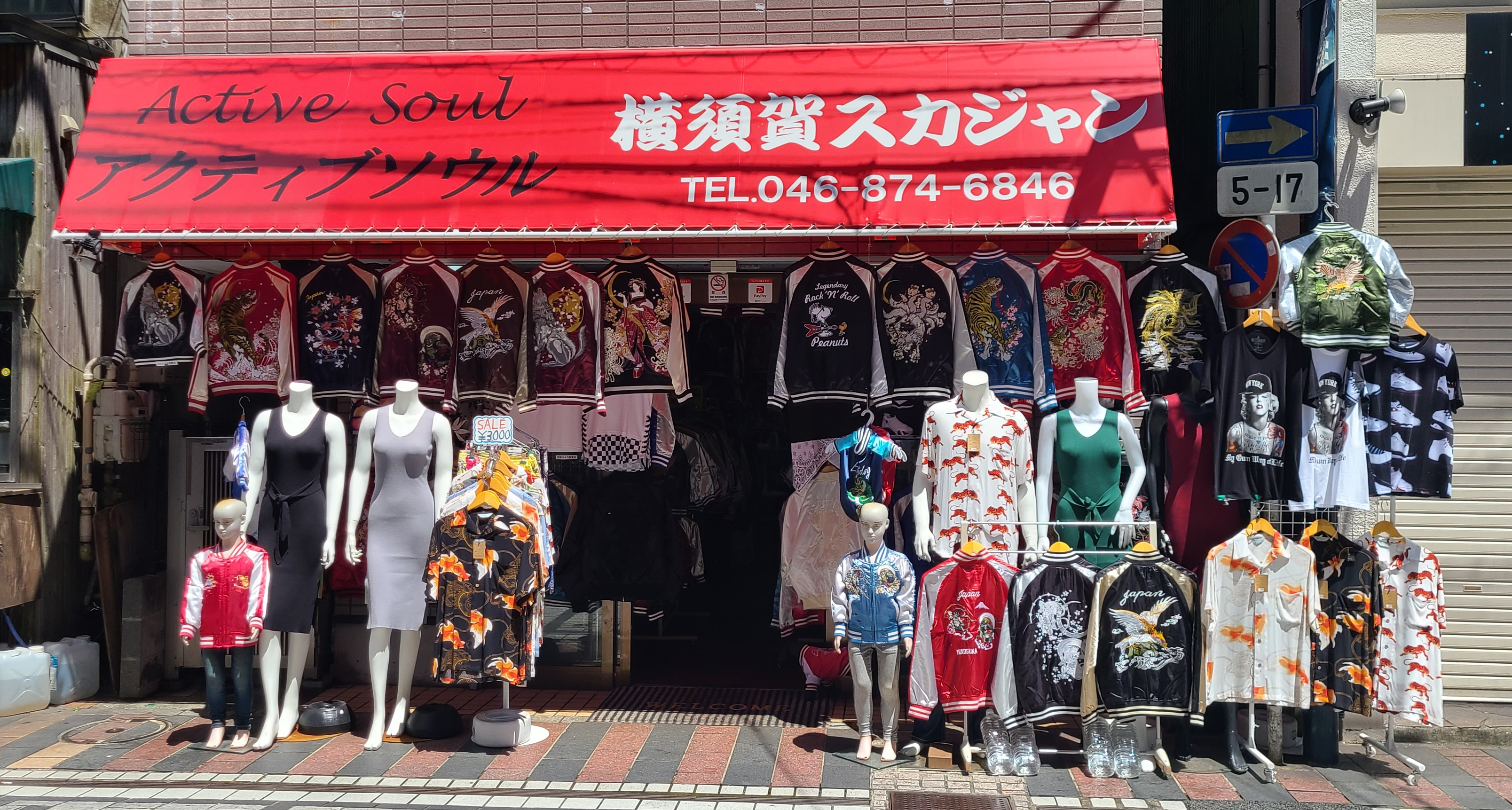 The Sukajan is a jacket that symbolizes Yokosuka.
These jackets are made of shiny material and have large embroidery on the back.
It is said to have started when American soldiers stationed in Yokosuka from the 1940s to the 1950s ordered embroidery from tailor stores with designs of standard Oriental patterns and emblems of the units and bases to which they belonged. It became a popular souvenir jacket. There are still stores on Dobuita-dori that sell Sukajan. Why don't you buy one as a souvenir?

introduce the popular areas of Yokosuka

Discover the perfect place to rent explore rentals on iino